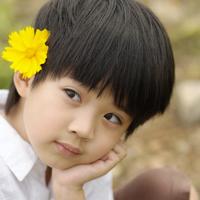 BECON: BERT With Evidence From CONceptNet for Commonsense Question Answering

The statistics about the dataset is shown in the table.

A Sample of the dataset is shown below.

Each question has 5 candidate answers. According to our analysis, candidate answers are usually one or two words long. We can use ConceptNet API http://api.conceptnet.io/c/en/ to find all the related information related with a word or phrase in the knowledge graph.

We expect that such evidences may be helpful to answer the question. The problem is, the evidence is too noisy. How to extract useful information? We would like to keep the evidence which is relevant to the question, and discard others. Assume that at most 1 evidence sentence is helpful (which means 0 or 1). We can first rank the evidences and then use the top-ranked evidence (or not).

The evidence ranker ranks the evidences according to the relevant scores with the question. We consider some of the very simple rankers:

A simple model without training: select the choice with the highest evidence score.

The result on train and dev is shown in the table below.

For comparison, below is the results on test from original paper on test split.

There is no dev result in the original paper, but if we assume the dev and test result are close, we can see that the BERT-large NSP model without training is only inferior than BERT-large and GPT which use the CQA dataset to train.

This encourages us to think about another simple model without training: select the choice with the highest NSP score with the question. Below are the results.

Still reletively high compared with the trained model, especially on “SANITY” variant of the dataset. It may indicates that the contribution from BERT model mainly comes from the “pretrain” phase.

For each answer candidate, rank evidences, and use top evidence.

Compared with our baseline, the result is a bit lower. This means if we add evidence for each answer candidate, the noise may still overwhelms the useful information.

The concatenation without pooling outperforms the BERT-large baseline on dev by 1.0%.

We also try another way to incorprate the evidence: rank evidences among all candidate answers, and use the top-ranked evidence. We expect that in this way, since we use only 1 evidence for this sample, the noise will be lower.

We use conceptnet to search for evidence, use BERT to rank them, and use BERT as the base model to train the model with evidence. To alleviate the noise introduced by the evidence, we use BERT to encode both w/ w/o evidence, and let model learn to choose which one contributes more. This model outperforms BERT-large baseline by 0.9% on dev and +1.2% on test, which proves the effectiveness of our method. For comparison, CoS-E use human generated explaination to enhance the question, which only outperforms our model by 0.3%.

Another interesting phenomenon is that BERT NSP without any training on CQA dataset has comparable performance with ESIM + ELMO/glove models on CQA dataset.

If you are interested, please refer to my Github repo for source code.